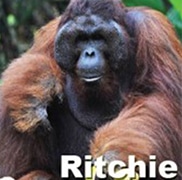 RITCHIE, DOB 1981: The ‘big boss’  at Semenggoh Wildlife Centre was rescued by a journalist by the name of James Ritchie and accordingly he was named after his savior. The alpha male of Semenggoh, rules his territory with an ‘iron fist’, landing himself a reputation as a fierce ruler to other male orangutans 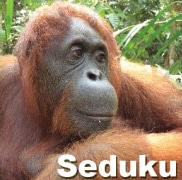 SEDUKU, DOB 1971: Dubbed as the ‘Grand Old Lady’ of Semenggoh, she is now a grandmother and a veteran at human interaction in that case! 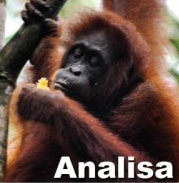 ANALISA, DOB 1996: Analisa is the first offspring of Seduku and Bujang Senior. She is the first female orangutan born in Semenggoh 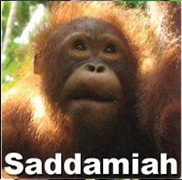 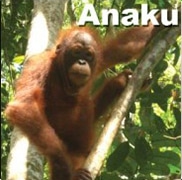 ANAKU, DOB 2006: Anaku is the first offspring of Analisa and Seduku’s first grandchild, therefore making him the first of the third generation of orangutans in Semenggoh 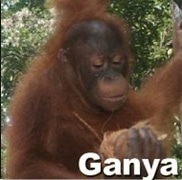 GANYA, DOB 2008: Ganya is Seduku’s third offspring. In the past, he is always seen tailing his mother wherever she goes. 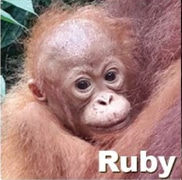 ADOPT NOW
RUBY, DOB 2013: She is Saddamiah’s first child and Seduku’s third grandchild. She has become more independent and always seen playing with her playmate Jubilee. 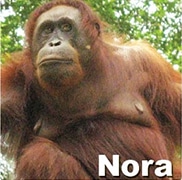 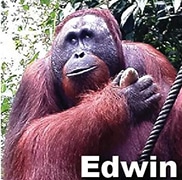 EDWIN, DOB 1996: Edwin was born in 1996 and is the first male offspring of Nora and Bujang Senior. Edwin has started to develop cheek pads; a sign of maturity in male orangutans’ physical development. He is the next contender to Ritchie’s throne 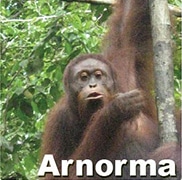 ARNORMA, DOB 1997:  Like his mother, Arnorma rarely returns to the Centre and only presents himself at his own free will. He is indeed “Semenggoh Prince of Wild”. 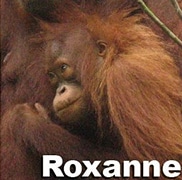 ADOPT NOW
ROXANNE, DOB 2005: Roxanne is the second offspring of Lela. She used to be a very shy orangutan, often found hiding behind her mother. 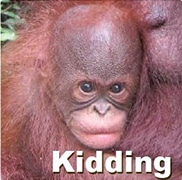 KIDDING, DOB 2012: Kidding is Lela’s third offspring and is rarely seen at the Centre. However, Kidding is usually observed to be contented playing by himself, away from his mother. 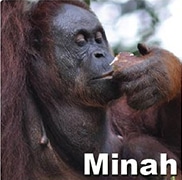 MINAH, DOB 1988: Minah is athletically built and her lean long body makes her easily noticeable and can be told apart from other female orangutans 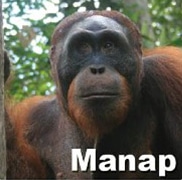 MANAP, DOB 2001: Manap is the first offspring of Minah. He is energetic and agile. Similar to other sub-adult males, Manap has a strong interest in the ladies and is always sneaking around behind Ritchie’s back, attempting to court the female residents of Semenggoh. 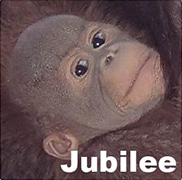 JUBILEE, DOB 2013:  Jubilee got his name in commemoration of the Golden Jubilee of Sarawak’s independence in Malaysia. Even at his young age, Jubilee is a social butterfly, often observed mingling around with other orangutans. 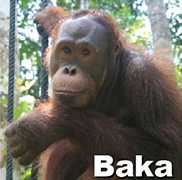 BAKA, DOB 2005:  Baka was born in 2005. Formerly a mother’s boy who clungs tightly to his mother, Baka is now one of the centre’s most notorious playboy, constantly seen chasing the female residents. 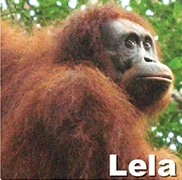 ADOPT NOW
LELA, DOB 1982:  Lela always keeps to herself, prefers to show herself at her chosen time, does not keep regular schedule and remains elusive.
SWC OU Quarterly Updates